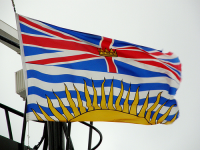 Task force members held meetings and consultations with stakeholders across the province and came to the conclusion that if more skilled immigrants are not immediately brought into the province, businesses may have to close or relocate. This would result in fewer jobs and opportunities for people from British Columbia.

"Travelling across the province, hearing stories from a range of employers about the challenges they are facing filling jobs in all types of industries impressed upon the task force the immediate and overwhelming need to bring more skilled immigrants to B.C. through a more efficient and responsive system," said ITF Chair and Minister of State for Multiculturalism, John Yap.

According to Pat Bell, Minister of Jobs, Tourism, and Innovation, British Columbia has already begun to take immediate action to fill job vacancies through the introduction of the Northeast Pilot Project. This will also expand the British Columbia Provincial Nominee Program to include more eligible occupations throughout the region.

"To sustain and create new jobs over the next decade we need more workers than British Columbia can supply. The recommendations in the ITF report point us in the right direction and give us the tools we need to achieve both our labour and economic goals. I'm proud that B.C. is taking this proactive approach to economic immigration," said Bell.