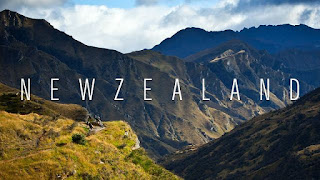 Why the New Zealand PM is not limiting immigration


According to English, he will be pushing for the government not to put a limit and curtail the inflow of immigrants to New Zealand. This is so that the immigrants can help out with the solution to problems in the country. One of the top problems that the country is facing is shortage when it comes to housing. With that, immigrants who are also skilled workers can help out with finding solutions to this issue. After all, Auckland is one of the top cities in the country where people choose to go to and so housing has been becoming an issue.


English has continued to disclose that the NZ government is seeing that there is a high need for immigrants to be able to solve the problem. There is a need for people who will work on building houses especially in Auckland. With that, immigrants can help fill in the need for workers. There may be some experts saying that the construction industry is having a hard time nowadays but it is essential that the basic needs of people are provided. That is why the government is making sure that immigration policies do not hinder the country’s need for workers especially in construction.

The government’s move on the housing situation


The Minister for Housing in New Zealand has been looking at the situation as well. The Minister, Amy Adams, has recently said that the country’s government would have been able to work on the issue years before. However, because of problems with the industry of construction, they were unable to do so. This has been verified by English himself.


Now, the country has to definitely work on this and see just how much they can do so that the problem is given a solution. This is good news for those who want to be immigrants in New Zealand. The government is working on the housing problems and there is no limit to the number of immigrants entering the country. This should be good for everybody.

Choose the basic program from Global Visa Support that you would use to move to New Zealand. Get complete details here: http://globalvisasupport.com/nz.html.


Save yourself from any hassle. Experts at Global Visa Support will aid you so you can make that move to NZ. Get yourself an appointment now: http://www.globalvisasupport.com/contacts.html.