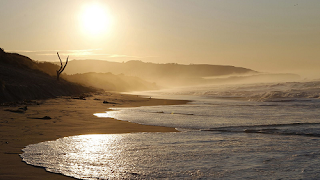 Migration and the movement of people is one of the critical issues confronting the world’s nations in the 21st century. Europe is experiencing its largest inflows of refugees since the Second World War. Countries that were previously welcoming are making entry harder even for the most economically-desirable migrants. It is a tough time for optimists.

New Zealand is an interesting case to consider. It has had very large migration flows in and out for many years.

In the 2013 census more than a million people reported that they were born overseas, just under a quarter of New Zealand’s population of almost four and a half million. The overseas-born figure is 37% in Auckland, the country’s biggest city, making it as diverse as London on this measure. Flows are also diverse: the top five source countries for permanent migrants in 2015 were China, India, the Philippines, Samoa, and South Africa.

On the other side of the departure gate, because of long-running outflows of New Zealand citizens, there are now more than 600,000 New Zealanders living abroad. Around three quarters of this diaspora live in neighboring Australia (population 23 million), which has an open border arrangement with New Zealand dating back to 1973.

New Zealand has done relatively well at avoiding problems associated with poor migrant integration. Integration is promoted through settlement support. There is more intensive support for refugees, but other migrants also have access to high quality information services, and ongoing language and employment programming.

A strong focus on ensuring that economic migrants–those coming for work–have jobs also helps. People who are working settle in more quickly.

But selecting migrants who fit with existing opportunities comes at a price. Almost all of New Zealand’s economic migrants are coming to work in an existing job, which means that they are less likely to disrupt, transform or provoke change. How can a country that is generally friendly to migrants, but likely not their first choice, create greater economic impact through migration?

Every country wants to copy the migrant success stories of the United States: 40% of Fortune 500 companies were founded by immigrants or their children. But identifying creative, entrepreneurial people who will create significant future impact isn’t at all easy for immigration systems. Many entrepreneurs fail and world-class innovators do not usually arrive at borders exhibiting quantifiable signs of their later success. (Google founder Sergei Brin came to the US with his parents at the age of six. Steve Jobs was the son of a Syrian immigrant.)

Yoseph Ayele, the Ethiopian-born founder of KiwiConnect, a startup that helps to build bridges between New Zealand and the world, points out that the entrepreneurs who are making a significant impact on the world today would not have qualified for any of the entrepreneur visas available today when they were beginning their entrepreneurial journeys.

Much of the innovation in immigration selection internationally involves getting third parties to vouch for candidates, relieving immigration bureaucracies of the job. For example, in Canada, prospective immigrant entrepreneurs can invest less if they have the support of local venture capitalists or angel investors.

New Zealand is developing a Global Impact Visa that builds on this idea. It aims to attract high-impact entrepreneurs, investors, and startup teams to launch global ventures from New Zealand, with recommendations from networks being used to help filter potential migrants. The selection mechanism for applicants will itself be co-designed with a private sector partner. More announcements on this scheme are expected shortly.

For New Zealand, existing migration flows have a whole host of benefits. Migrants boost the supply of skilled labour, they provide connections to other countries that would otherwise be even further away, and they make up for the flows of New Zealanders who move elsewhere, especially across the Tasman Sea.

But even with evident benefits, there is still active debate about what immigration policy should be. The best way to reconcile the competing interests involved in immigration is an honest, evidence-based conversation about the choices and the impacts. And that will need to go on for as long as people seek their futures on more distant shores.