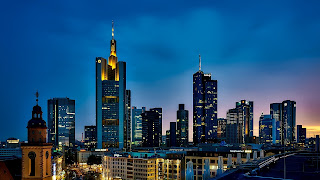 The reality is that many positions in Germany as well as in other countries in Europe have remained vacant and the pandemic has not been helpful at all. Immigration became even more challenging for Germany and also for the potential immigrants to make things happen. The government of Germany may have had created plans and programs to bring in the skilled immigrant workers but the pandemic has brought a lot of difficulties that made bringing those people in quite the challenge.

The Federal Office for Migration and Refugees of Germany has disclosed that the pandemic caused by the disease known as COVID-19 had been a big factor in why there were fewer immigrants who joined Germany. Skilled immigrant workers are essential to Germany to get many tasks done and it has been quite difficult during this time, especially for those individuals who were coming in from countries that were not part of the European Union.

A spokesperson for the office said that they were expecting to see some kind of development in terms of the number of skilled immigrant workers coming in however, they were not able to see such for 2020. By the spring of 2020, Germany experienced a slump in terms of the number of these skilled individuals coming in. However, in the second half of the year, Germany’s numbers started to show some hope and started to go up. This definitely is an indication that the changes done by the country and the protocols that they have set in place are already starting to work in their favor.

Reasons for the lower numbers

One of the reasons why Germany experienced a lower number of immigrants coming in is because of the travel bans that were put in place in a number of countries around the world. Aside from that, there were also issues with the German embassies around the world. Because of the pandemic, some embassies were not open while there were those who were open but only with limited functions. There were also countries that did not allow their skilled immigrant workers who were part of the health and medicine industry to leave so these individuals can help out in their home countries.

Powerful programs from Global Visa Support can help you move to Germany as soon as possible: https://www.globalvisasupport.com/germany.html.

Your safety is your priority and so we here at Global Visa Support make sure that we help you move to Germany without sacrificing your safety and security: https://www.globalvisasupport.com/contacts.html.