Communication With The Kiwis: A Quick Guide For Immigrants In New Zealand 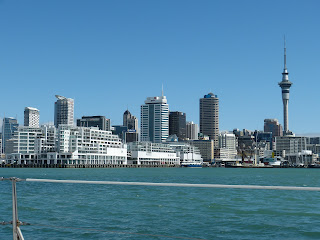 Communication is one of the things that immigrants need to learn when they are in a new country. In the case of New Zealand, many new and potential immigrants believe that they do not have to learn anything when it comes to communication because the country is basically an English-speaking country. However, what most people do not know is that English-speaking countries still do have their own lingo and slang and that is something that immigrants should learn first. After all, these lingo and slang are often incorporated in normal conversations and though they may sound English, their meaning just may mean a totally different thing.

Here are some things that immigrants should know about communication with the locals of New Zealand, who are known as Kiwis.

As a general rule, Kiwis are oftentimes ready to provide help as much as they could. They have huge and kind hearts and helping is something innate in them. That is why immigrants in New Zealand would find that these people are really not quite fond of saying “no” to people. However, there may be times when they really have to say “no” to people for various reasons but what is interesting about this is that the Kiwis would say that in a way that is unclear that new immigrants in the country may find that “no” to be a confusing one. Kiwis can say that they are “not sure” or may even say “not really” which can really be confusing statements. There are also those who may say “yeah nah” which can actually mean to be “probably not”. On the other hand, when Kiwis say “yeah right” and it is done in a sarcastic manner, this definitely means “no”.

How the Kiwis speak

New immigrants in New Zealand would also have to learn how to adjust to how the Kiwis speak. See, the locals of the country can speak quite fast which can make understand sentences a whole lot more difficult, especially for those who are not that used to using the language. Aside from that, the locals of New Zealand also are known for using plenty of slang, which can make understanding the message from the locals to be quite a huge challenge. The words and terms may sound English but listening to them and trying to comprehend them may be very difficult since they just do not seem to make any kind of sense.

The key to overcoming this would be to actually be polite and brave enough to ask the other person just what they were trying to say. Explaining to them that English is not a language that they used regularly can help the Kiwis understand your situation and adjust how they speak. They can slow down or maybe repeat what they had said. Some of the locals may even try to explain things in English without using any of their slang.

Create a good plan to move to New Zealand with programs from Global Visa Support: http://globalvisasupport.com/nz.html.

The secret is to schedule your appointment with the Global Visa Support team and let them help you move to NZ: http://www.globalvisasupport.com/contacts.html.