Bratkartoffeln: A Dish In Germany For Immigrants To Try At Least Once 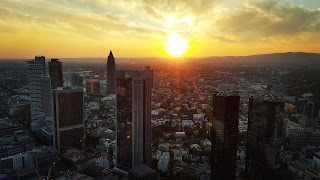 While many potential and new immigrants in countries like Germany are excited to go and take on the new adventure that is ahead of them, there are things that they have forgotten to look into. They may have figured out how to get in and about the new place that they would be living in and also learned about the language so they can properly communicate once they are already in Germany. However, many people think that they do not need to learn about the food there.

However, it is a really interesting thing that in each country, there are foods that people should learn and try at least once. For example, while in their native country bread is a staple, there may be countries where there are plenty of varieties of bread and that is something that new immigrants and potential immigrants should learn about since it would be something that they would be having on a regular basis. In the case of Germany, one of the dishes that immigrants should try and experience would be Bratkartoffeln.

Bratkartoffeln is actually translated to English as ‘fried potatoes’ however, it is definitely not your usual French fries. In fact, it is more known as German fries. There is a difference on how the dish is prepared and how it looks that is why it is never really associated or thought of as French fries. Bratkartoffeln is an amazing dish in Germany that has got plenty of immigrants and locals having this on a regular basis.

There is a running joke in Germany that the locals are really into Kartoffeln because plenty of them have dishes that have Kartoffeln. Kartoffeln actually, in English, is ‘potatoes’. It is not really a surprising thing if plenty of people in Germany have potatoes as it is an amazing food and can be prepared in any number of ways.

Those who would like to try preparing this popular dish from Germany should start by getting some potatoes and then boiling them. When they are cooked, the potatoes should be thinly sliced, and then fried in oil. Then some bacon, and onions would be added. When everything is crispy, it is then taken out of the pan. This makes for a very tasty dish that has gotten a lot of people hooked. It is definitely not a healthy choice but having it from time to time would not do much harm to a person’s health. It is a quite popular comfort food. If preparing this dish is something that people cannot do, there are always food shops and restaurants in Germany that offer this amazing dish, which can be found just about everywhere in Germany.

Exclusive programs are available at Global Visa Support which you can use to be able to move to Germany: https://www.globalvisasupport.com/germany.html.

More assistance on moving to Germany as soon as possible is available for you today by scheduling an appointment at Global Visa Support today: https://www.globalvisasupport.com/contacts.html.