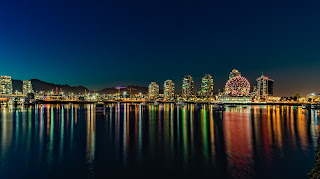 When the entire world seemingly came to a total standstill because of the COVID-19 pandemic being spread via person-to-person contact, many countries including Canada had to enforce lockdowns. Only essential travel was allowed and people were required to just stay at home, except for those who were providing essential services. This was a sacrifice that many countries had to do to protect their citizens from the dreadful disease. And for countries like Canada, this also meant having to deal with fewer or even no new immigrants at all, which is not a good thing for them.

However, now that vaccines have already been given a green light and the manufacture, production, and distribution of these vaccines are already going on, Canada is positive that there may be a surge of new immigrants to the country this year. The vaccines that have been developed by many countries are now being given to many people and with that, it could start herd immunity which is very helpful in protecting those that still do not have the vaccine. This may also be the start for countries to lift any restrictions to travel that they have put in place.

Rolling out the vaccine

Justin Trudeau, the Prime Minister of Canada, has said that as per the government’s plans, they are targeting to have a majority of the locals get the vaccine by September. This would be a good goal to have since it would mean slowly having a huge amount of people getting the vaccine and start building herd immunity. This means that a huge part of the population of Canada would be already immune to the disease because of the vaccine and that would mean that the disease would not be able to spread any further. It would also mean that things may slowly be going back to the way they were before the pandemic hit.

Experts who have also been looking at the situation have said that things may be looking good if the plans do happen as they should. An epidemiologist had said that when a disease is really infectious, it would mean that to be able to achieve herd immunity, a huge amount of the population has to be immune to the disease.

With the vaccinations happen, many cities and provinces in Canada would soon be reopening their borders which would help jumpstart its economy. This would also mean that the country would then be able to encourage more and more immigrants to come and join them there. Immigrants have been a really important part of Canada as they help with the population growth, with the economy, and with plenty of other things. This is why the country does its best to bring in as many immigrants as it can each year.

Complete access to programs from Global Visa Support is available for you so you can be an immigrant in Canada: http://globalvisasupport.com/canada.html.

Hot advice from the in-house immigrant consultant at Global Visa Support can be yours so you can become an immigrant in Canada at the soonest time possible: http://www.globalvisasupport.com/contacts.html.