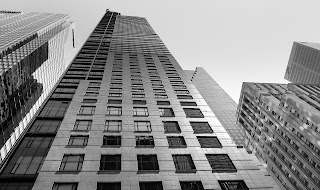 The world seemed to come to a total pause when the pandemic caused a lot of chaos and uncertainty in most people all around the world. Countries like Canada had to create protocols that would help stop the spread of the virus that causes the disease known as COVID-19. Lockdowns were put in place so that there would be a lot fewer people moving about as the virus is being spread via person-to-person contact. Only essential travel was allowed in most countries and wearing face masks has become a necessity.

Because of the pandemic, Canada had to put a pause to bringing in immigrants to make sure that the health of the people in the country is a priority. With the country trying to bring in as many immigrants as it can on a yearly basis, 2020 proved to be quite a difficult year since the lockdown did not allow the country to bring in new ones, especially during the start of the lockdown. This caused Canada to experience a lower growth rate in its population as compared to previous years.

The numbers of Canada’s population

According to official details from the government of Canada, the growth rate of the population of the country did not move significantly during the third quarter of last year – this period is from the 1st day of July until the last day of September. Canada was able to experience an increase in the population of just around 2,767 individuals. As per the data, this is the lowest growth that the country has ever been able to record since quarterly data has become available which was in 1946.

With the pandemic bringing about a lot of fear in people and causing them to be uncertain about a lot of things and the future, some people who may have had plans on moving to Canada as immigrants had to postpone their plans. Aside from that, the lockdown and the limited travel did not allow for a lot of people to make it to Canada. There were also more people leaving Canada as compared to people moving to the country.

From January to March 2020, the population in Canada has increased by around 70,000 new immigrants. There were also about 10,000 new Canadians that were added naturally – this is the difference between deaths and births in the country. The numbers show that Canada was definitely on its way towards hitting its immigration target for that year but the lockdown took place around the middle of March and so the country had to make do with what they can bring in. The lockdown and the pandemic definitely put a lot of plans on hold and there was nothing that Canada and the people could do but wait it out and make do with what they have in the meantime.

Results are guaranteed with the programs from Global Visa Support to help you become an immigrant in Canada: http://globalvisasupport.com/canada.html.

Ultimate expert help can be yours on becoming an immigrant in Canada by choosing Global Visa Support and its in-house immigration consultant to assist you: http://www.globalvisasupport.com/contacts.html.