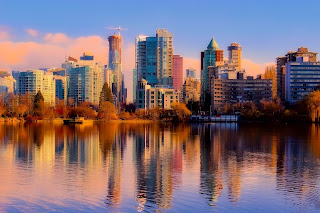 The applications from individuals who are interested in becoming immigrants in Canada are being accepted already by the province of Newfoundland and Labrador. This is because the province has a new immigration program which they had launched just last January 2. With that, more and more individuals who have been planning on moving to the country and living there are as immigrants would have a new path that they can take to be able to make it there.

The new immigration program is targeted towards bringing in new immigrants to the province in Canada. The new immigrants should have high education and with high skills. They should also have specialized experience for the industries and jobs that they would be needed. Most of these areas and industries are the ones that need new people who can do the jobs well since the local recruitment and training moves have not been successful. Most of these areas and industries are those in the ocean sciences and technology.

The goal of the immigration program

The immigration program made just for the province of Newfoundland and Labrador in Canada has its details available on the website of the government which was made available when the program was launched. Basically, the immigration program was actually created so that it would help provide a solution to the shortages that the labor market in this Canadian province is experiencing. It would be giving priority to the individuals that would meet the requirements set for this program. The individuals should have one-year work experience at the very least. They should also have high skills and should have held occupations that are high in demand in Canada. It is also leaning towards individuals who have post-graduate education. This should be a Masters degree or a Doctorate degree and the individuals should have already completed these post-graduate degrees in three years at the Memorial University. These are the basic requirements that are under this new immigration program.

New programs from Global Visa Support have been designed to assist you with your plans on being an immigrant in Canada: http://globalvisasupport.com/canada.html.

Today is the right time to schedule your appointment with Global Visa Support to get help from the in-house immigration consultant on becoming an immigrant in Canada: http://www.globalvisasupport.com/contacts.html.