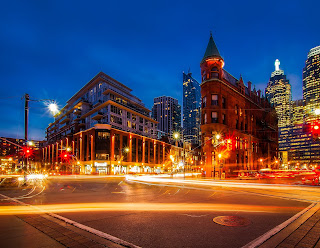 Canada is a country quite known for being quite open to immigrants. It has been welcoming thousands and thousands of new immigrants each year. This has made the country quite popular among those who have been looking for a country where they could move to. They are not disappointed because Canada continues to create routes and programs that would help bring in immigrants. After all, the country has recognized the huge benefits that immigrants bring. It is a win-win situation for all.

What is interesting is that Canada does not simply bring in new immigrants. It creates a good plan that would help bring in the needed immigrants. For example, if there is a lack of engineers in the country, then Canada would create a route that would help attract engineers. The country’s immigration plans all depend on what the country needs at that time. At present, the immigration plan is to bring in as many immigrants as possible, and if the country is able to meet its target, the number would break all previous immigrant records.

According to the federal government, it is planning on bringing in at least 1.45 million new immigrants and permanent residents, and the country is planning on doing this in the next three years. That number has been divided into three years. In fact, in 2025, the target for Canada is to bring in at least 500,000 new people. The total number may seem big but this is being done to be able to answer the issue of labor shortage.

Experts have seen the importance of immigration in Canada. Without immigration, it is highly likely that the workforce of the country will not be growing. Canada has been plagued with an aging population as well as a low birth rate. The effects of this include fewer people in the workforce. But with many businesses choosing to set up shop in the country, there is a need for more people to join the workforce, and this is where immigrants come in. These individuals also help out with growing the economy, which is very useful nowadays because economic recovery is at the top of the country’s priorities.

Businesses are thankful for immigration

What the government is doing to help out with the workforce situation is not happening unseen. Many business owners are quite thankful for what the government of Canada is doing to help improve the lack of workers. That is why the federal government is trying to bring in many immigrants, which around 60% of them being part of the economic class. These are individuals who choose to go to Canada to offer their professional skills. Business owners are happy to note that the immigration programs of the government help them greatly have the needed skilled workers.

To become an immigrant in Canada, one must first find the best program from Global Visa Support that can help them to do so: http://globalvisasupport.com/canada.html.

Basic knowledge is not enough. Get expert help on becoming an immigrant in Canada by scheduling your appointment with the in-house immigration consultant at Global Visa Support: http://www.globalvisasupport.com/contacts.html.