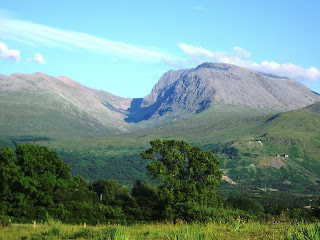 There is something about being able to experience the best, the coldest, the hottest, the most beautiful, the deepest, or any other thing that bears a superlative. For most people, it is something that they can be proud of and something that they can have fond memories of. And that is why the highest peak in the United Kingdom, Ben Nevis, has become a popular spot for many people – immigrants and locals, alike. There are even travelers who would choose to visit the country just to be able to conquer this mountain.

What is the Ben Nevis?

No, Ben Nevis is not a person but is actually the highest mountain in the United Kingdom. It rises at 4,411 feet which is above sea level. It is also the highest spot for 459 miles. It can be found right at the end of the western part of the Grampian Mountains of the UK which can be found in Lochaber.

To get right up to the summit, one should be able to do that by taking one of two main trails. One is the Mountain Track and this is usually taken by most people as it is easier. On the other hand, one can choose to take the Carn Mor Dearg Arete. It is actually quite a challenging climb compared to the first trail. It should take over 10 hours for one to get to the summit by using this route.

Taking on the challenge

Those who are really into challenges should try out the National Three Pepaks Challenge. This does not only mean having to scale the Ben Nevis, but also having to scale two other peaks in the United Kingdom – Snowden, and Scafell Pike. One can plan out their own climb or one can try to look for groups who may be planning on taking this challenge. The interesting thing about this is that the challenge has to be completed in 24 hours.

What is on the summit?

After scaling the mountain and reaching the summit of the Ben Nevis, one could find the dome of a really ancient volcano which has already collapsed. There is also an old observatory that one could only see the ruins of it. It is said that this observatory has been used from 1883 until 1904, and it was used to collect data regarding weather in mountains in the area. One of the more popular people who have worked in this observatory is Charles Thomson Rees Wilson, a physicist from the United Kingdom and is also a meteorologist. He is said to have invented the cloud chamber after he spent considerable time in the observatory.

New programs from Global Visa Support are available for you, so you can choose the one that would help you move to the United Kingdom at the soonest possible time: http://globalvisasupport.com/uk.html.

Today is the best day to contact Global Visa Support’s expert team to get help with moving to the UK. Just contact them and schedule your appointment with them: http://www.globalvisasupport.com/contacts.html.