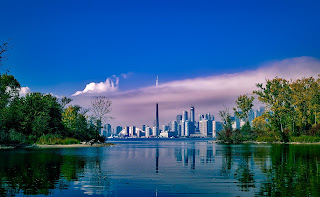 Canada has been dealing with an aging population and a low birth rate. The combination of these two has brought about fewer people in the labor market who are ready to do the many jobs that businesses in the country need help with. The fastest way to work out this cinch would be to bring in immigrants who are more than willing to offer their skills, talents and services to the labor market.

According to the federal government of the country, its Immigration Levels Plan is to bring in as much immigrants as possible. These immigrants should be able to help out fill the job vacancies in Canada which has amounted to a million so far. These individuals are also going to help out the industries in the country that are highly affected by the labor shortage. The top industries include manufacturing, trades, health care, and engineering.

Aside from that, the Immigration Levels Plan also has strategies that would help the country in terms of economic growth for the long term.

For years, Canada has been focusing on immigration which it has been using as a great way to combat the aging population, as well as the low birth rates in the country. It is a good thing that the government has been able to see the issue and understand that something needs to be done to fix it. That is why Canada continues to create programs and routes that would help bring in the immigrants that would greatly help the country. In fact, the country has ensured that it has been able to maintain high levels of immigration ever since the 1990s.

Many individuals who are looking for a new country to move to have been opting to go to Canada. In fact, it is said that in every five Canadians, one of them is an immigrant. This is the highest rate that has been recorded in almost one century.

For many potential immigrants, Canada is the best place for them to go to. Many of them choose the country for quality higher education as well as for more employment opportunities. The country also offers immigration policies that are a lot friendlier.

Ultimate help on becoming an immigrant in Canada is available right here at Global Visa Support. Simply choose the program that would help you with your plans: http://globalvisasupport.com/canada.html.

Easy way to become an immigrant in Canada? Contact Global Visa Support today and schedule your appointment with our in-house immigration consultant: http://www.globalvisasupport.com/contacts.html.