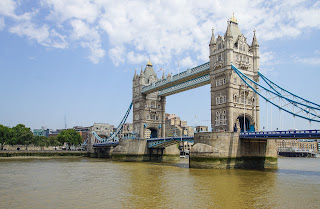 One of the top reasons why many immigrants choose to move to the United Kingdom is because most of the country speaks English. This means that they can easily interact with the locals, especially if they already know the language. Those who may want to improve their English skills can actually do so in the United Kingdom when they interact and converse with the locals. However, what most immigrants do not really realize at first is that, just like in any country or community, there is always slang. And slang in the UK can sound like English but actually means something different.

So what are the usual slang that people in the UK usually use? Here are some of them.

This slang, when used in the UK, actually means that a person is already starting to push their luck.

After asking for an extension on the class project, Rowan was happy when it was granted to them. But he didn’t stop there. He even asked if they could all get high grades even if the project wasn’t that good. That was when he took the biscuit.

A waffle can mean that delicious sweet treat that people enjoy. However, when used as slang in the United Kingdom, this means that someone is droning on and on about nothing important, and is just talking incessantly.

When Margaret gets nervous, she tends to waffle. And that’s what she has been doing while waiting for her test results to come back.

While some people may think that a welly is some sort of food, it is not. In the UK, it means that someone has really given something a really good go.

Paula really wanted to perform on stage but was scared to do it. So when it was her time on stage, she really gave it a welly and she did well!

I now totally understand why James really does not like kids. They can be wobblers over the smallest things, making them very difficult to handle. I really don’t have the patience for such, and so does James.

While a “yak” may be an animal, yakking in UK slang actually means that someone may be rambling on or talking too much.

Sean had been messaging me earlier. He was asking me to call him so that he could excuse himself from the date he was in. He said the woman was beautiful but she had been yakking since the start of the date. Poor Sean.

Trying to move to the United Kingdom? Find the best program here at Global Visa Support that would help you do that: http://globalvisasupport.com/uk.html.

Immediately contact Global Visa Support today and schedule your appointment with the professional team to get help on moving to the UK: http://www.globalvisasupport.com/contacts.html.