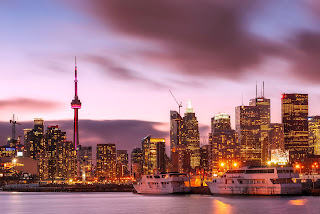 Many immigrant students choose to pursue their studies in Canada, not just because the country is beautiful but also because it has one of the best education systems in the entire world. Those who have chosen to study in this country are also lucky because, recently, immigrant students can temporarily render over 20 hours of work each week during an academic year. The country previously allowed immigrant students to only work a maximum of 20 hours.

This is definitely good news for many immigrant students who are in the country to learn. Many try to get a job while studying because it does not only allow them to earn money but also allows them to get working experience in the country. Exposure to the working environment in Canada would give them a chance to be more knowledgeable about being in the workforce and learn some tricks of the trade that only real-world experience can give.

More than 20 hours each week

Immigration, Refugees, and Citizenship Canada announced a month ago that immigrant students in Canada would be allowed to go over the minimum 20 hours of work per week starting November 15, 2022. Students can take advantage of this only until December 31, 2023. Yes, it is only a temporary setup and is considered to be a one-time measure that has been designed to assist with the labor shortage that is happening in Canada at present. There has been a shortage of workers in the country recently, most especially in a number of positions, including food services, hospitality, and retail. This move from the IRCC also does not have any restrictions on the kind of employment that immigrant students can take.

A blessing for immigrant students

This move from the IRCC is considered to be a blessing by many immigrant students. This is because it allows them to earn extra money, which they can use to pay for their tuition, pay their rent, buy food, purchase any things needed for school or their necessities, and the like. Those who would like to take advantage of this would not need to get a work permit once they arrive in Canada as an immigrant student. Aside from being able to work for over 20 hours each week during an academic year, immigrant students may also work during academic breaks. During this time, they would also have no limit in terms of the number of hours that they could work.

Need help on how to become an immigrant in Canada? Simply find the best program for you right here at Global Visa Support: http://globalvisasupport.com/canada.html.

Tell us about your plans to become an immigrant in Canada and have Global Visa Support’s in-house immigration consultant help you: http://www.globalvisasupport.com/contacts.html.