Sports In The United States of America That Immigrants Can Try 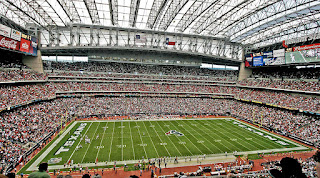 In many international sporting events like the Olympics, there are certain countries whose teams really do well every time. One of these is the United States of America. It has shown each time that it really trains its athletes well and ensures that they are the best not only in their country but also the best in the entire world. Professional sports teams also are known all over the world, with many people watching them even if they are not from the USA. That is why immigrants who have chosen to live in the country are quite familiar with the celebrity athletes and with most sports played there.

Most Americans may not really play sports but they really love watching and following sporting events. The most popular ones are football, basketball, and baseball. Watching these games and rooting for their favorite teams are really good for the Americans because this help unite them.

What are the most popular sports in the USA?

Sports are really very important in the USA because it is part of their culture. There are plenty of sports being played in the country. The most popular ones are baseball, football, basketball, ice hockey, soccer, boxing, golf, tennis, and mixed martial arts.

What are these sports?

Immigrants who have chosen to live in the country can try out these sports if they have not. If they have already been playing these sports before moving to the USA, they can join groups or teams in their area.

Get the best results by choosing the program from Global Visa Support that has been designed to help you move to the United States of America: https://www.globalvisasupport.com/usa.html.

Ultimate help on moving to the USA can be yours by simply contacting Global Visa Support and scheduling an appointment with them: https://www.globalvisasupport.com/contacts.html.