The Brits, The Way They Do Things, And What Immigrants In The United Kingdom Should Know About Them 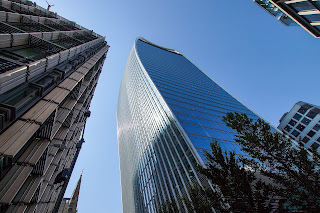 When a person decides to move to the United Kingdom, he or she should not just focus on packing all of their belongings and buying a plane ticket. There are a lot of other things to take care of. This includes knowing where in the United Kingdom they would choose to live in, knowing how to go in and about the country, knowing the rules in the country, being familiar with the customs and culture, as well as knowing what foods can be found there. One of the things that they usually forget to prepare for is knowing how to interact with the locals and being familiar with any common traits that the locals have. And what are these traits? Here are some of them.

One of the major traits that the British have is punctuality. They are always punctual. If they are late, it must be for a very good reason. In fact, they hate being late because they consider this to be rude behavior. Immigrants in the United Kingdom should be aware of this and should also not be late when meeting with anyone. If one is going to be late, it is best to contact the people that they would be meeting to inform them that they are arriving late and why they would be late.

People in the UK respect queues. They do not mind standing in line and waiting for their turn. They also find it rude when people jump the line. What is interesting about this is that when the Brits see someone jumping the line, they would most definitely let that person know that they are not happy with what the person did. Immigrants in the UK would definitely learn a lot of patience by respecting and following the queue.

There are countries where people can converse with another person and be really close to each other. However, that is not the case in the United Kingdom. It is said that to be on the safe side, the right and acceptable distance between two people in conversation would be an arm’s length. If one is closer than that, it may be seen as aggressive and could cause the other person to be uncomfortable.

It is also important to understand that the British are also very polite people. One would most definitely hear the locals saying phrases like “Sorry,” “Thank you,” and “Please” quite often in daily conversations. It is a normal thing for them and it sure is a good trait. Many immigrants eventually adapt and become politer with each day that they are living in the UK, and bring this with them wherever they go.

The latest programs from Global Visa Support have been designed to help you move to the United Kingdom at the soonest time possible: http://globalvisasupport.com/uk.html.

Powerful assistance on moving to the UK can be yours. All you have to do is contact Global Visa Support today and schedule your appointment with them: http://www.globalvisasupport.com/contacts.html.