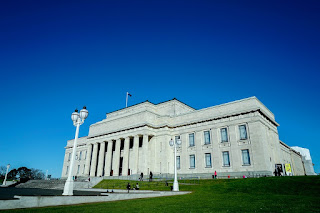 Moving to a new country as an immigrant is one thing. Those who are able to successfully do so usually want to learn just about what they can do in the country. They also want to know how to go about places and where they can find the best spots, usually for food, groceries, and the like. They would also want to see what activities they can do. In the case of immigrants in New Zealand, many of them also want to learn more about the culture of the country. By doing so, they are able to better understand the new country that they are living in, as well as the people who live there.

One of the good things about living in New Zealand is that it has a rich culture, which has been preserved through the ages. With that, the country has ensured that people do not forget their culture and they do this by opening a number of cultural institutions which people can visit. Immigrants enjoy visiting these not only to learn about New Zealand but also to have a great time there.

Another place that people go to is the Auckland Museum, which is also known as the Auckland War Memorial Museum. This place shows immigrants the story of the country and its people. It is also a war memorial for Auckland, and has one of the country’s top three libraries on heritage.

This school in New Zealand is also known as the Toi Whakaari. It is a prestigious organization in Wellington that focuses on tertiary training. It has been around for more than a century and it has been able to meet its goal of training individuals to become the best designers, performers, and craftspeople that they can be. It is also great that it has opened its doors not only to the locals but also to students from other parts of the world.

More simply known as the New Zealand Opera, this professional opera company is the only one of its kind in the country. It was born just over two decades ago. Its headquarters is in Auckland and it puts together a number of productions each year. It also has educational programs, and helps opera singers early in their careers.

Want to make that sudden move to New Zealand? Let Global Visa Support help you by choosing the right program that would help you with that: http://globalvisasupport.com/nz.html.