Cape Reinga, A Mystical Place In New Zealand Which Many Immigrants Find Fascinating 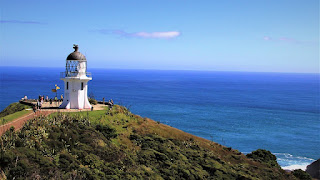 Not a lot of people are into the mystic life but there are those who are fascinated by it. And in a place like New Zealand where the culture has been kept rich and alive for ages, it is not surprising to find certain areas which are still seen as mystical and quite magical in their own way. Immigrants who are in New Zealand really find one of these places quite fascinating and it is known as Cape Reinga. This place definitely comes with a lot of stories in and around it. It also is a beautiful place that attracts many people to see if it is mystic in real life and to actually enjoy what it has to offer.

Where is Cape Reinga?

To go to Cape Reinga, one must be willing to travel to the northernmost part of the North Island in New Zealand. It is at the tip of the Aupouri Peninsula. It can be found over 100 km to the north of Kaitaia, which is the nearest small town in the area.

According to legends from the Maori, this place is right where the spirits of people who have passed away leave the Earth and make their way to Hawaiki, which is the ancestral homeland of the Maori. It is said to be the place where spirits take that huge and important jump to paradise. In fact, what is even more interesting is that Reinga actually means “underworld” in the Maori language.

What can people do in Cape Reinga?

This place in New Zealand is actually waiting to get recognition as a World Heritage Site by UNESCO. It is a favorite spot for many tourists and immigrants in New Zealand. In fact, it is said that it has more than 120,000 visitors per year. The numbers also show that the number of visitors to Cape Reinga grows by around 5% each year.

There are a number of amazing things to do in Cape Reinga. One of these is visiting the Cape Reinga lighthouse. It takes around 10 minutes of walking to get there, and one is treated to some of the best views of the lighthouse and the cliffs around it. Another place to visit would be Toputaputu Bay. It is a great beach and quite scenic as well, where people can go for a swim or just have a picnic on the shore. Another activity to do would be to go sandboarding right on the sand dunes of Te Paki. And the most mystic spot in Cape Reinga is known as Spirits Bay. This is known as the jump-off point for spirits who are leaving this planet. It is a stunning place which is also called Kapowairua.

Big programs from Global Visa Support have been designed to help you move to New Zealand at the soonest time possible: http://globalvisasupport.com/nz.html.

Keep your plans of moving to NZ safe, and get professional help on doing so by contacting Global Visa Support today: http://www.globalvisasupport.com/contacts.html.